1 Gram of Alcohol Has Almost The Same Calories As PURE FAT! 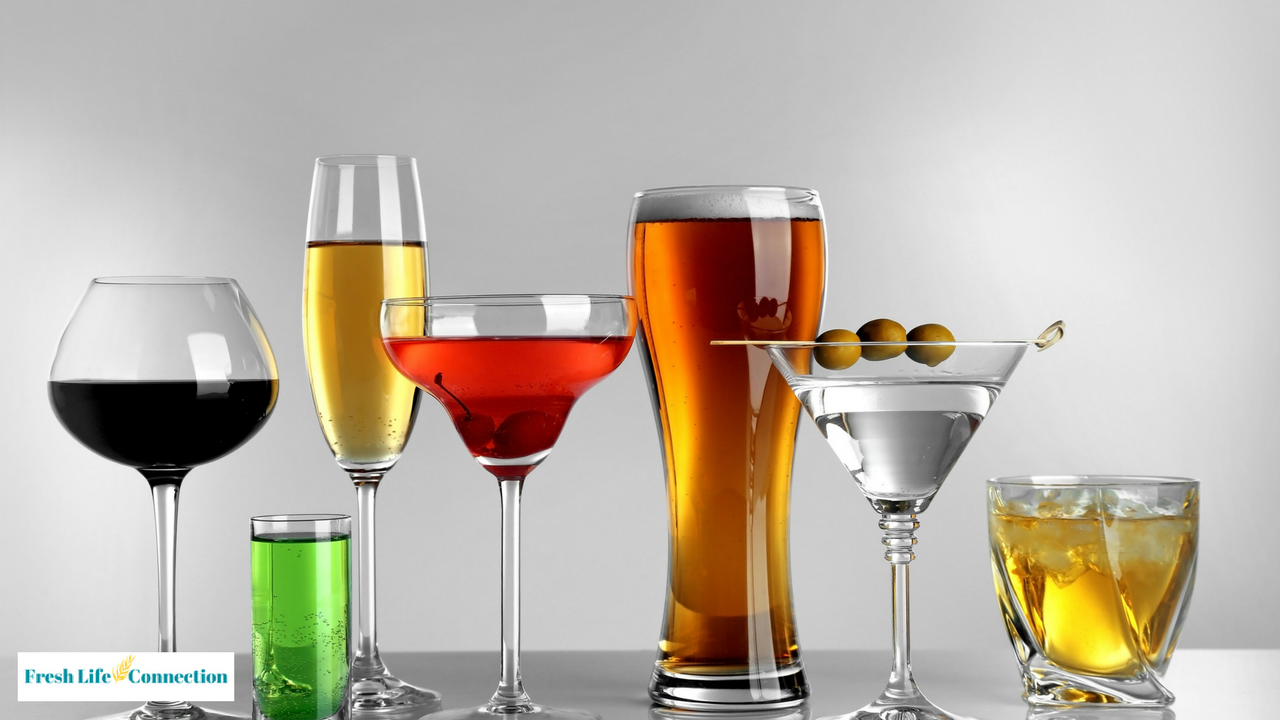 I waited until after the holiday weekend to post this...

I debated on putting it out early last week but I thought this information would be received better if you could ease into the idea of how many calories there are in one alcoholic beverage.

I'm not a big drinker of alcohol...probably because I'm too much of a control freak, but that's a whole different post. lol, I am aware however of those sneaky calories being hidden in all sorts of beverages but this information surprised me too!

Did you know that a glass of wine can have the same calories as four shortbread cookies?

How about a pint of lager – surprise! It has around 180 calories nearly the same calorific equivalent of a slice of pepperoni pizza? Whaaatt!!!??

So here's the skinny on why calories from alcohol are so fattening.

The process of making alcohol is done by fermenting and distilling the natural starch and sugars in the fruit and vegetables. Once it becomes alcohol it will typically have 7 calories to 1 gram which is almost the same amount of calories as 1 gram of pure fat which has 9 grams according to NHS Choices.

And the real bummer is those calories are empty calories, meaning there isn't much nutritional value to them. There are trace amounts of vitamins and minerals but not enough to be helpful to the body's needs. I know, I know, I've read the same T-shirt that says "my doctor said I need glasses" and the picture below it is of wine glasses. And, yes I've read all about resveratrol that is in red wine and how good it is for staying young...I even bought into it! I would have a glass of red wine two or three times a week.

But then I started getting cramps in my calfs, which has never happened before and I'm pretty healthy and active, anyway, I started researching leg cramps. I wasn't coming up with much related to my lifestyle until I was talking to a friend of mine who is a Naturopathic Doctor (ND). I told her I was having these cramps and I knew I wasn't dehydrated and that I wore good shoes when I wear shoes so that shouldn't be the reasons. She looked at me and said do you drink red wine? Well...yes I do! was my response thinking she would be happy with my choices...but then came the news that the toxins from the grapes being sprayed were probably the cause of my leg cramps and it would be easy to test. Just give up wine for 2 weeks. So I did...yep...she was right, the cramps stopped and I began to lose some unwanted 'glub' around my waist.

That started me on a whole different path of figuring out why I was losing weight when I didn't need to lose weight. I am menopausal and my weight has shifted. I have also lost muscle tone so I was thinking that extra around my middle was due to my age.

Well, it turns out it was more about the calories I was ingesting by drinking those couple glasses of wine each week. Then I started learning more about how these calories weren't helping me but could be hurting me. So I thought this would be a good subject to share with all of you.

How was it hurting me? Fat around the waistline is the worst kind of fat because if it goes beyond the natural fatty layer in the front of the abdomen it has nowhere to go but to surround the organs.

Visceral fat is considered toxic and spells double-trouble in the body because it’s capable of provoking inflammatory pathways, plus signaling molecules that can interfere with the body’s normal hormonal functions. In fact, it acts almost like its very own organ since it’s capable of having such a large impact on the body.

Do you want to slow down how much fat you burn? No...Didn't think so...

Drinking alcohol does just that! The body can't store it so it wants to get rid of it fast, doing so slows down and can even stop absorbing the nutrients you've eaten and the burning of fat for energy because it's so busy flushing out those empty calories. By cutting back on the amount you drink, it can significantly help to reduce your calorie intake.

When I stopped drinking wine so often I lost weight because my body was working more efficiently by burning fat for the energy I needed and by allowing it to absorb the nutrition from my foods.

Give it a two-week try, cut out or back on the alcohol you have and see if you lose some unwanted pounds. You can also switch out the higher calories drinks for some of the 'lighter' offerings. In some cases, the calories can be cut in half by choosing a light wine or beer.

I'm not a fan of artificial sugars, I think a few extra pounds is better for you than putting those harmful chemicals in your body. So if you use a diet drink as a mixer, consider the harm it might be doing and just avoid drinking it or change it up with something that doesn't have artificial sweeteners in it.

Life isn't just about looking good, it's about fueling your body with what it needs to run smooth and for a long time.

Click this link for an app to help you figure out how many calories are in your beverages.