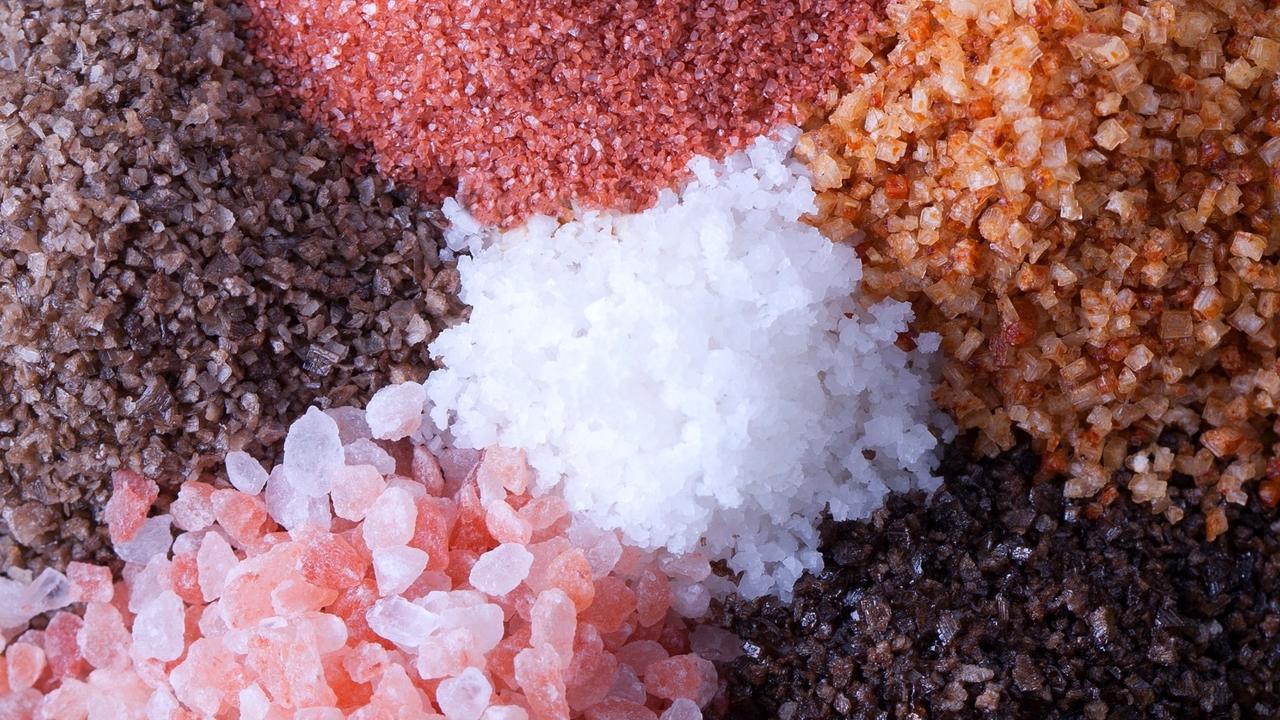 You may have heard or read in the headlines the past couple of days about the USDA asking food manufactruers to voluntarily reduce the amount of salt in food.

Research has shown that most sodium in the U.S. diet comes from commercially processed and restaurant foods and that sodium reduction in these foods is key to public health efforts.

The obvious way to reduce your intake of sodium would be to cook at home more often.  Here is a link to my FREE recipe book to get you started if you are interested.  Another way to reduce your sodium is the type of salt you eat.

1.Table salt or iodized salt: This is probably the most common salt used at home or in a salt shaker at a restaurant.  It’s called “iodized” is because the manufacturers fortify the salt with the mineral iodine, which is an essential mineral for fighting off certain iodine-related diseases like hypothyroidism. Iodine is found in foods like;

2.Sea salt:  Is the salt that’s left after evaporating seawater. It’s larger and coarser crystals than table salt. If it’s from France it’s called fleur de sel or “flower of salt” one of the most expensive

3.Pickling salt: This salt has no additives and is generally used in brines to pickle foods. Because it doesn’t have any additives like anti-caking agents. It’s crystals are also course

4. Kosher salt: This salt is milder in flavor and larger crystals

5. Himalayan pink salt: This salt is harvested in the foothills of the Himalayan mountain range and is basically fossilized sea salt. It gets its characteristic pink color from the amount of minerals in contains, particularly iron. It is generally more expensive than regular salt, but is also considered healthier and more pure. This is my cooking and table salt. It is a bit less ‘salty’ but I love it!

6. Black salt: Also known as Kala Namak, black salt is actually a pinkish-grey color. It is mined in India and has a strong sulphuric smell. It is commonly used to spice food in Southeast Asia and has recently become more popular in the U.S. among vegan chefs who use it for the eggy flavor

It’s my understanding the salts I’ve mentioned above are somewhat healthier than our typical table salt. Current research shows that too much sodium can lead to a host of health problems, but that’s because most of the sodium that is generally consumed in the American diet comes from processed foods.

Cooking at home with the salts I’ve mentioned above is the best way I know to know how much sodium you’re consuming and what’s in it.

Do your own research. Try different types on different things until you come up with what’s best for your style of eating!!

Link to my FREE recipe book; my kitchen to yours; easy, quick & healthy meals at your fingertips

Combine all ingredients in a small bowl and blend well. Store in an airtight shaker.